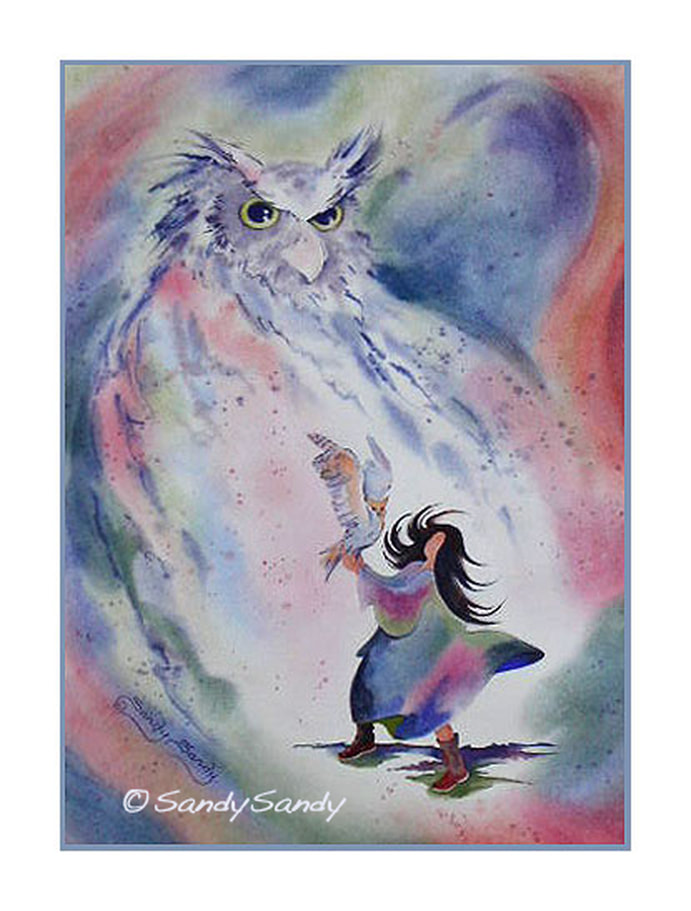 Lifting Miracle Free
A Real Life Magical Story
"The way I look at it a work of art requires the presence of two spirits. The first is the spirit of the subject matter--the object or thing that the work is based on--Nature's spirit. The second is the spirit or interpretation that the artist brings to the object--the unique style or manner that only the individual artist can give. Subject matter alone-- the slavish copying of nature--does not make art. But art also falls short, in my opinion, when it doesn't lean to some degree on the stimuli of place or subject." ~ Robert Genn

I feel I have been blessed with more than a handful of special paintings in my career as an artist. The highest echelon of these creations are born when serendipitous occurrences take place. These events confirm to me that I am exactly where I am meant to be. This is the story of one of my newest depictions where I feel divine intervention came into play. For several weeks prior to this, I had been concentrating on painting owls. Coincidentally, I had seen Terri's picture and article in the local paper and it inspired me to produce a watercolor that tried to capture the power of that occasion. This letter was written by Terri Loy. She is a woman of Native American ancestry, to whom this piece now belongs. She works at a local wildlife refuge, Cedar Run. I have attached a link to the painting and the ending to this chapter below. I hope you don't think I'm bragging.
"We believe" this is a story with such "magic" that it should not be kept to ourselves.
~ Sandy
==<<>>==
=================================
On January 22, 2004 Terri Loy wrote this e-mail to her friends & family:
Because you are family in one sense or another......................You will permit me to boast!

I had a surprise at my mailbox earlier this morning! It brought me to tears. It is incredible and I am truly touched and honored by it. It was a note from a new person in my life who happens to be friends with Sandy Sandy. For those of you who are not familiar with Sandy Sandy, she is a truly gifted artist of watercolor. I believe she is blessed with great spiritual vision that flows through her physical being onto her paper. Before I tell the surprise, you must hear the story. For every picture holds a story to be told.
A large female Great Horned Owl came to the rehab unit at the refuge in the fall of 2002. She was diagnosed with a severe case of West Nile Virus. She was not expected to survive. After months of supportive care by the caring staff of the rehab, the owl was transferred to a secluded outdoor unit to begin the process of reentering her wild world while taking a little more time for a full recovery. I paid particular attention (as if I don't with all the raptors :) to this owl because of Ed. He really took to this owl because it was a "Miracle" that she survived. She came to be known as Miracle. We were all astounded by her remarkable recovery. As time went on, a set back was recognized. The rehab unit found Miracle to be neurological. The virus while running its course has a tendency to affect the brain. This was so for Miracle. She displayed the head ticks, "crazy eyes," being unbalanced in posture and motions along with other indications. This deemed her unreleaseable. She now would live a life of captivity with the other GHOs.
Again, her life took a turn in the summer of 2003. As I toured school children and others through our wildlife unit, I recognized that Miracle's behavior was changing. I watched as summer became fall. I was intrigued that Miracle had great accuracy in her landings after short flights. She also was the queen of the roost. These observations were of those when one watches a bird in the wild not of one who suffers from a condition. I took my beliefs to the rehab. They immediately placed her in the flight cage to test her flight and hunting capabilities. Wow! A bird who came out of a neurological condition! Another miracle. And so, for me, as I would suppose for those who cared for her...the owl came to be the "Miracle at Christmas."
On December 13, 2003, Jeanne and I headed into Mt. Laurel (the owl's original homeland) to release Miracle. I was asked to go for the folks who found her had requested my presence. I had done a program with them the previous year. Again, what a honor to be remembered and requested by the children of whom I hope to plant seeds amongst. How could I not drive from the shore early on a Sat. morning to fulfill the wishes of the little folks? And our lovely Jeanne, as she will do, invited Dave Borelli who is a photographer for the local paper, the "Central Record" to take photos of the release. (Yes, I am not fond of my mug being photographed, but in this case Jeanne is given my thanks for this special surprise would never have happened.)
Two nice photos ran in the Central Record on Jan. 1, 2004. A beautiful shot of Miracle perched in a tree after the release and another of my mug releasing her. Dave captured the moment that Miracle had me feel how powerful she was. When I took her from the crate, she was facing me. I wanted to turn her around so that when I cast her skyward, she would be directed to fly towards the trees for a safe landing. Well that bird opened her wings and I felt her power. I decided not to risk losing her while trying to turn her around in my hands. I decided to heave her over my shoulders, praying that I would not end up with talons in the face as I let her go. Miracle's flight was fantastic! She swayed and swooped amongst the tree edge through the small clearing. Of course she didn't go where I expected her to, however it was a fantastic release!
Sandy has painted the moment of power. I can't help it...I want to share "Lifting Miracle Free". (as I call it). I am anxious to see Sandy and just hug her for capturing that moment in such beauty and spirit. I must wait a week for Sandy left this morning on a visit to her parents in Florida.
Yes, you are permitted to kick me for showing off a little. Hey, I am only human!
I can hear some of you...I know I'll be kicked!
Terri

==<<>>==
============================
While I was in Florida, Janet-Jackson Gould, the director of the wildlife refuge contacted my husband Jerry and expressed her desire and that of the refuge's owner, Jeanne Woodford to purchase the piece for Terri. "She's such a positive influence and has done so much for us here at Cedar Run over the years, this would be a perfect token of our appreciation to her"; Janet said. Shortly after I arrived home, the deal was sealed. As I understand it, it was quite an emotional surprise presentation for all involved! I only wish I could have been a "fly on the wall" for that one! The day after she received the painting, Terri surprised me by showing up at my studio, her new acquisition and this letter in hand, accompanied by my friend Janis Lengyel and her neighbor, a new drum circle friend, Lou Ketcik. We all talked like old friends for a couple of hours about animals, birds, spirit, miracles and destiny. All too soon, the visit was over. I was not able to focus the rest of the day; other than on all the "Miracles" that I have been so generously blessed with.


Wishing you all love & abundance always,
Aho ~ Sandy
==<<>>==
Since June of 2000, I have been blessed with the Spirit to help create these native
influenced paintings. I say help create, because I believe their energy comes from a higher
power and they are directed by a force which channels through me, not from me.

These paintings started out being inspired by "Cave Art", and I called it such,
however through many dialogs between myself and the paintings, these works have evolved
into a more all-encompassing interpretation of "The Spirit" and essence of my subjects.
*All images and text copyright © Sandy Sandy - See copyright, guarantee and how to buy here